Since our Linaro Raring release in December of last year, we’ve been publicly quiet about updated images, but working hard in the background to make the next release(s) more full-featured and more maintainable.
As the first public release of these efforts, we just uploaded an Ubuntu-based LXDE image for our BD-SL-i.MX6, Nitrogen6x, and for the first time, our new Nitrogen6 Max board.

Or you can use Alex Page’s USB Image Tool under Windows.
Refer to the section Programming the eMMC below for details about how to program the eMMC device on Nitrogen6 Max.

The kernel image is based on the boundary-imx_3.10.17_1.0.0_ga branch of our Github kernel repository using nitrogen6x_defconfig.
Sources for other components are available using apt-get-source on the running machine.

In short, this is simply a better version of Ubuntu for our boards than previous releases.
Please try it out when you get a chance and provide some feedback.
We will be following this release with additional images to include Wayland support, and support for the Unity Desktop (among other things).

Having the kernel and other components properly packaged will make it much easier for us to manage, and for you to work with this operating system.

The following sections will provide some details about the features of the image, and especially how they can be used to test the functionality of our boards.

The boot script in this image is very close to the reference boot script in our U-Boot tree, except that it loads vmlinuz instead of uImage and also loads a RAM disk (/initrd.img) as the first-level root filesystem.

It supports automatic detection of all of our displays except the 1280×800 panels (discussed in this post).

The Nitrogen6 Max board has two LVDS channels, and the connector on the bottom of the board is the primary. Refer to this section of our post about Android Jellybean for details. In short, you will need a customized boot script in order to support multiple LVDS panels.

To support a dual-channel LVDS panel at 1080P (a high-resolution display), you can set the panel variable in U-Boot:

Two users are defined for use on the system: ubuntu and root. The password for each is Boundary (with a Capital B).

Once you’ve connected your displays and boot the image, you’ll see four icons on the desktop:

These are provided to make it easy for you (and us) to validate operation of the GPU and VPU components.
The details of what they run can be found in /home/ubuntu/Desktop/*.desktop.

Programming the eMMC on Nitrogen6 Max

In an earlier post, we provided a customized kernel and RAM disk that turned our BD-SL-i.MX6 or Nitrogen6X boards into a very expensive SD card reader by using the g_mass_storage gadget.

This release extends that to support the Nitrogen6 Max board, and also updates the boot script to invoke this automatically if the Volume Down key on our Android button board is pressed during boot.

If you don’t have an Android button board, you can short pins 7 and 8 of J14 with a paper clip (these pins are Volume down and Ground respectively).

Note that this feature is not specific to eMMC or to the Nitrogen6 Max board. It is also very handy for loading SATA drives or even SD cards.

The /init script in the RAM disk walks through and exposes each block device found on the system, making it available over the USB OTG port.

The two files involved (uImage-recovery and uramdisk-recovery.img) can also be copied to a TFTP server and loaded by U-Boot using the usbrecover command as described in the release notes for U-Boot 2014.04.

If you’re just getting started, we placed an updated USB writer image with support for Nitrogen6 Max here:

If you extract it to a single-partition SD card (FAT or ext2/3/4), you can quickly get access to the eMMC drive through the USB OTG port.

The kernel image in this release includes support for the g_ether device driver, and is configured with the mac and IP addresses described in the U-Boot usbrecover notes, so if you configure a PC with a static IP address of 10.0.0.1/255.255.255.0, you’ll
have very simple access to the board without involving a router or DHCP server.

The LXDE image contains support for WiFi, though it isn’t the most user-friendly interface.

In particular, you will need to add a WiFi connection using Preferences|Network Connections.

Bluetooth support is also present in this image, but it is very rudimentary. We’ve only tested with command-line utilities as follows:

With the included can-utils programs, you can configure and test the CAN bus by looping back two of our devices and using cansend and candump like so: 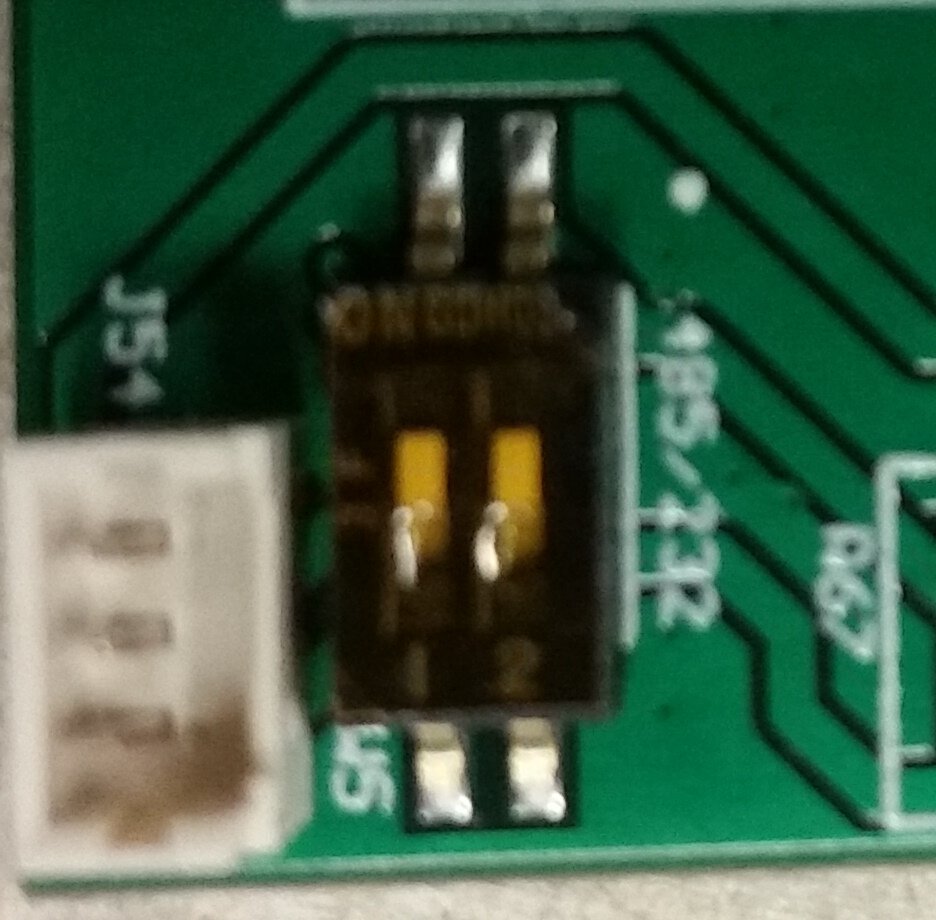 The Nitrogen6 Max board has a third serial port, which is software-selectable to support either RS-232 or RS-485 signalling. It is connected to UART5 on the processor, and exposed as /dev/ttymxc4 under Linux.

By default, the port is configured for RS-232. In order to configure it for RS-485, you can write to an entry in sysfs:

If a board will be at the end of an RS-485 chain, you may also need to use SW5 to enable a termination resistor. There are silk screen labels showing the positions, and RS-485 means terminated as shown in the photo.

Note that this image does not include a terminal emulator, but since it’s Ubuntu, you’re only one command-line away:

Because this image contains support for multiple cameras you’ll need to pass the device=/dev/video# command-parameter to mfw_v4lsrc.
Use /dev/video0 to refer to the OV5642 (parallel CSI) camera:

Onboard on screen keyboard

An icon on the task-bar can be used to enable and configure the on screen keyboard.