Since the Nitrogen8M leverages the new NXP i.MX8MQ processor we thought providing a benchmark would be useful for those unfamiliar with the new CPU features. For this  exercise we settled on AnTuTu Benchmark on Android.

When it comes to benchmarking, many options are available from using a custom-made app for a specific purpose to a well-known standard application.

Since we want those figures to easily be understood and reproducible, we chose to run the infamous AnTuTu Benchmark on Android.

The benchmark was run on each platform on two different displays setup to see if there was a difference in the results:

For those who haven’t run AnTuTu on a platform, here is what the final output looks like: 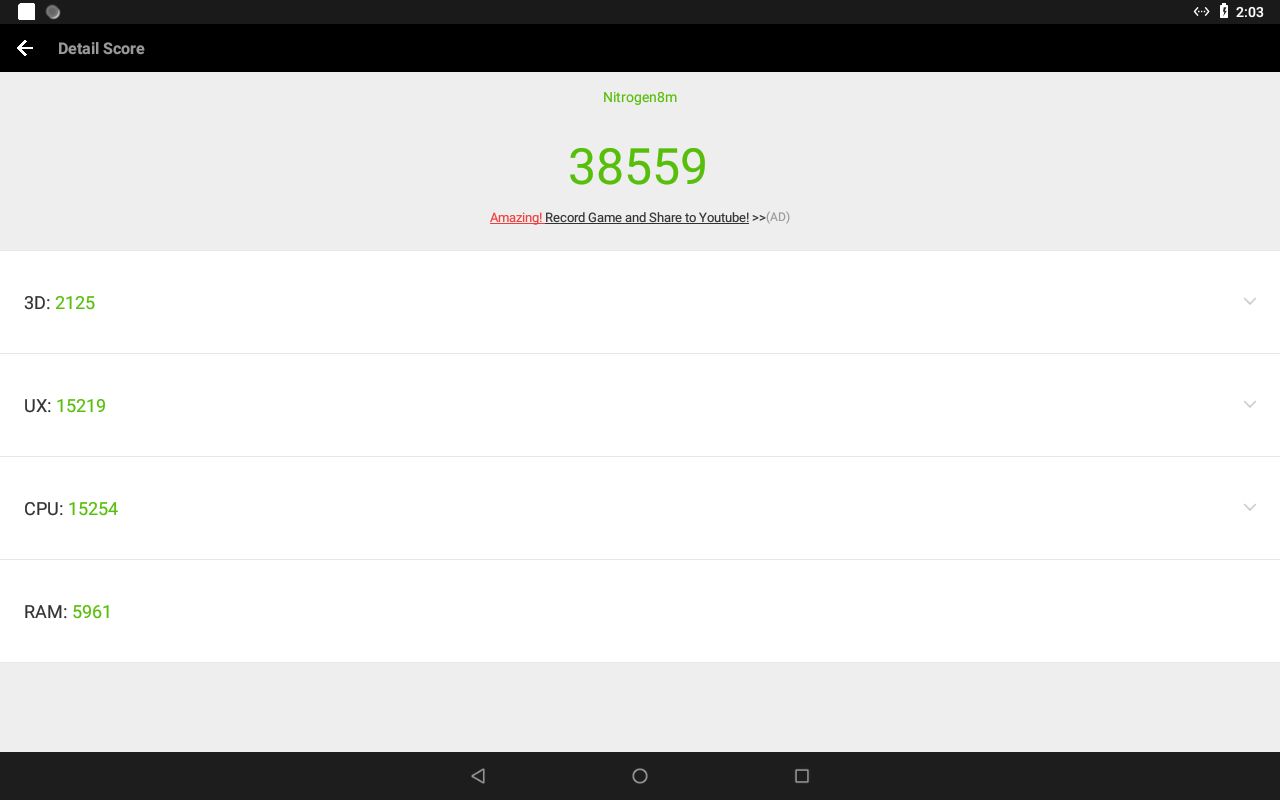 Disclaimer: each run of the benchmark gives slightly different results so don’t be surprised if you run it on your side and have another figure. However, the overall delta in performance between each platform stays the same.

Without further ado, here are the overall results of the tests: 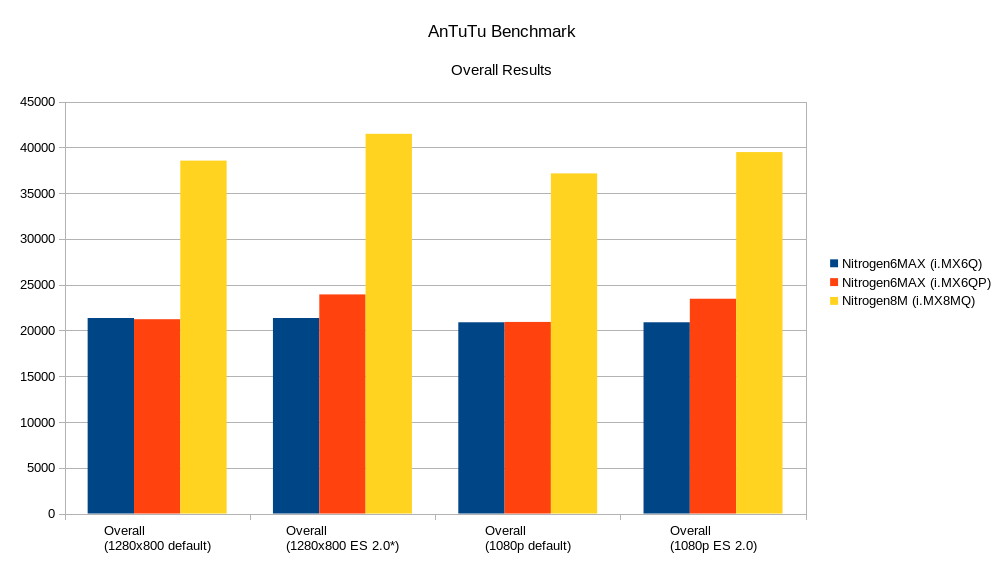 But some background on the above graph must be provided. Indeed, you can see two different sets of results for each display setup:

The reason behind that distinction is that you can see that by default the i.MX6QuadPlus version has the same score as the i.MX6Quad.

Since AnTuTu adapts its GPU tests to the supported OpenGL ES version, comparing ES 3.0 results to ES 2.0 one wasn’t exactly fair. Once we limit all the GPU to ES 2.0, we can see the i.MX6Quad Plus bump in performance.

As explained in the previous sections, GPU results will be separated for OpenGL ES 2.0 and 3.x (FYI, i.MX8M support ES 3.1). 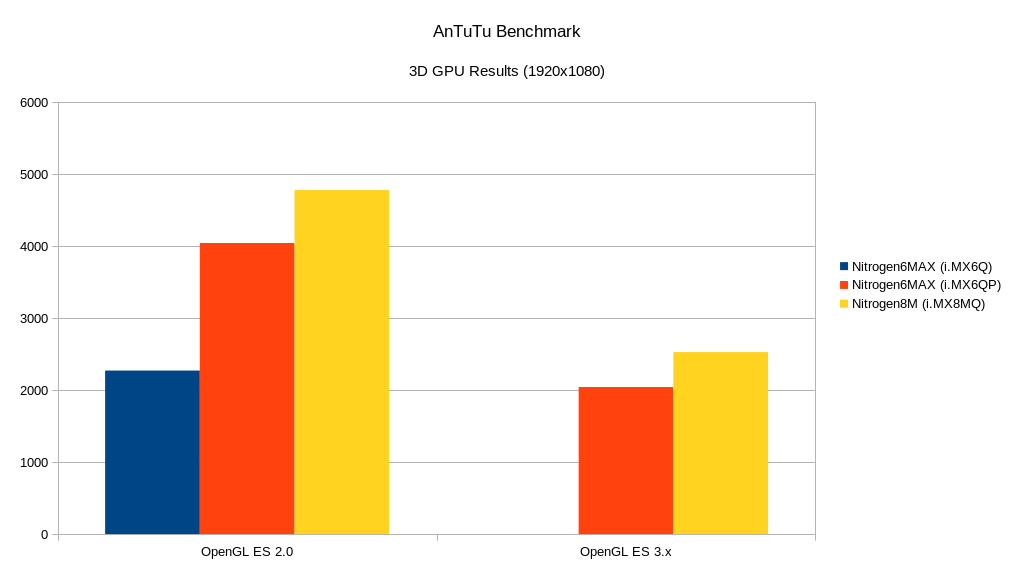 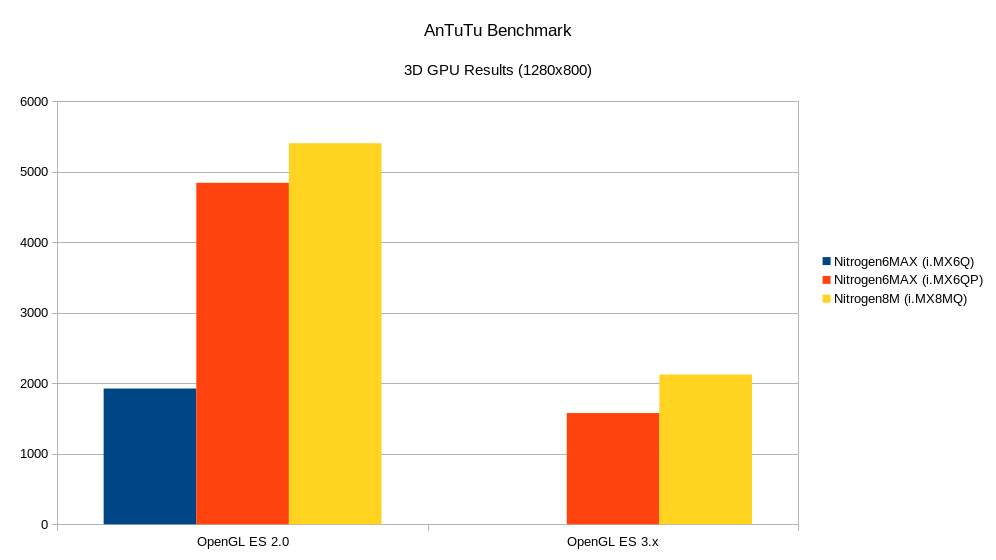 The above results gives us the following information:

Since the scale of results seemed close for all those results, they were brought on the same chart: 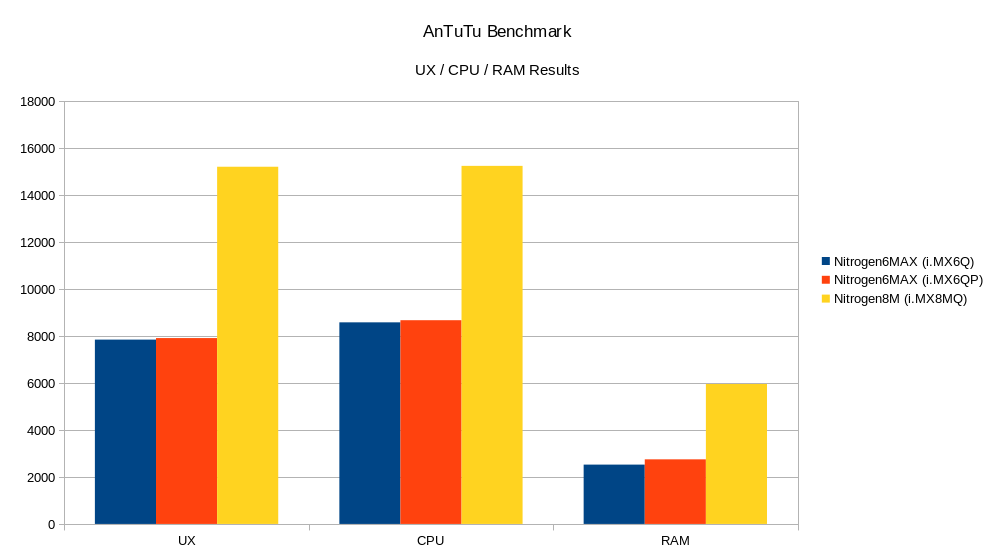 As a quick analysis, the CPU improvement can easily be explained since the i.MX8MQ is a 64-bit 4*Cortex-A53 cores running @1.5GHz, it only makes sense that it is much better than the previous 32-bit 4*Cortex-A9 @1GHz.

Same goes for the RAM, the Nitrogen8M uses LPDDR4 at higher frequency than the i.MX6 platforms using DDR3.

All those improvements logically improve the UX total score.

As usual, feel free to comment in the section below!