To burn the image file to a sdcard, run this command assuming your sdcard is mounted on /dev/sdc

To make the build process a bit easier, we’ve created our own boundary-bsp-platform that can be used to build images for our boards. This is mostly a clone of fsl-community-bsp-platform but we’ve added meta-browser and our own meta-boundary to the mix. There is also a Boundary-Devices-centric setup-environment script. Again, this is mostly a clone of fsl-community-bsp-base’s setup-environment script however we’ve added a central download area and cache to the default local.conf.

Firstly, you’ll need to create the download/cache folders and give r/w access.

To build the image, you’ll need these packages installed as well as this repo tool that can be installed like this:

Now create your build directory and initialize everything.

Now setup the environment for building. In this example I’m targeting the nitrogen6x, however nitrogen6x-lite and nitrogen6sx are also valid MACHINE targets here. Use whatever your platform is.

Now after some time this should build the same image as above. The image file will deploy to ~/jethro/boundary-eval-image/tmp/deploy/images/{MACHINE}/boundary-eval-image-{MACHINE}.sdcard.gz. Feel free to tweak and add things as you see fit.

If you have our ov5640-mipi camera, ov5642 camera, or our HDMI input daughterboard the image includes easy desktop icons to launch tests for the respective hardware. 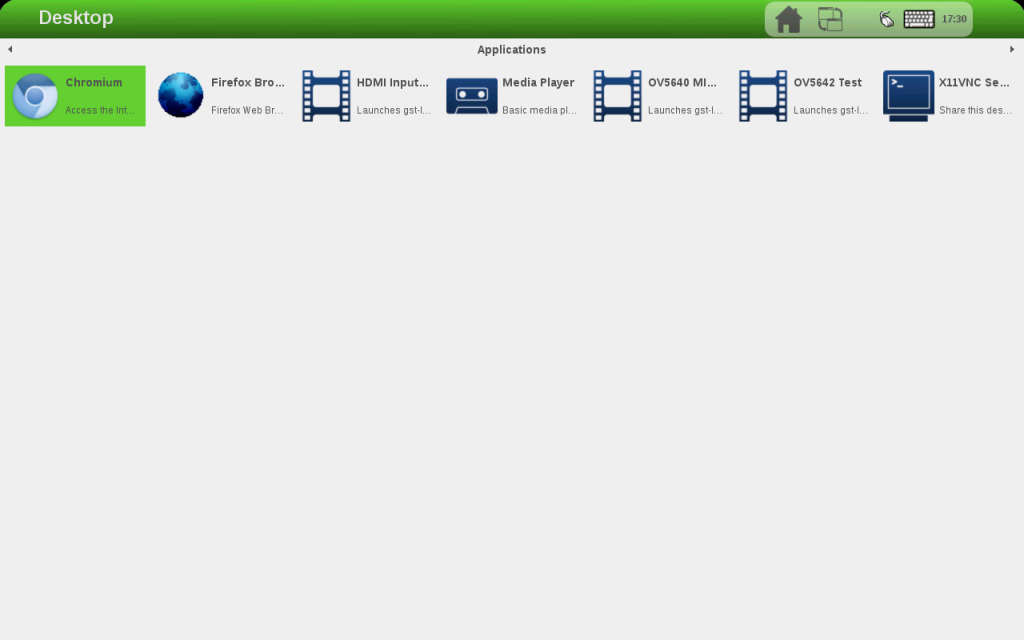 How to add Single/Dual Ethernet to our i.MX8 Boards