When we put together our post on use of the Debian installer, we intended it as a learning exercise as much as anything. We described the steps needed to create and compile a kernel and use a couple of variations of boot script to use standard Debian tools to craft an image.

Based on your feedback, that’s not what many of you were after. Instead, you just wanted an image to run, and wanted us to support the kernel.

Since that time, we’ve gained the expertise to properly bundle kernels and in the case of Ubuntu, to package the GPU and VPU acceleration bits into easy-to-use images.

So, without further ado, here are a couple of images of Debian Jessie:

The images are slightly-less-than-4GiB image files containing the partition table, so you can copy it to an SD card or SATA drive on /dev/sdc using zcat and dd like so:

Note that the links above don’t require acceptance of a EULA because they don’t include support for acceleration of either the GPU or VPU (the Freescale proprietary content).

We do plan to add that support, but not in the context of the current 3.10.17 kernel.

Since the images above include our stable 3.10.17 kernel, essentially everything but the GPU and VPU are supported, including Wi-Fi and Bluetooth, all of our storage devices (SD card, eMMC, SATA, USB sticks) and all of our supported touch panels.

The kernel packaging is also done in the normal Debian way, so apt-get update/dist-upgrade will keep your image up and running the latest as patches come out.

Two users are defined for use on the system: debian and root. The password for each is Boundary (with a Capital B).

User debian has sudo privileges, so you can place your ssh public key (normally $HOME/.ssh/id_rsa.pub) to the system like so:

In the notification area (top-right corner) you can see the Bluetooth applet icon :

Push it, then select [Devices…] button. 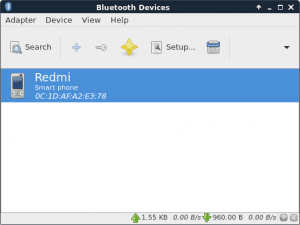 If you select a device from the list, you can connect and pair with them.

Handling bluetooth is easier on a headless Debian system than on Ubuntu, since Debian uses the newest 5.23 bluez package, while Ubuntu uses 4.101 .

Debian has a great cmd-line utility for bluetooth, named bluetoothctl with many more options than hci-tools. For example pairing a device from the shell. You have to run it as root :

In the notification area (top-right corner) you can see the Network Manager applet icon (rightmost icon, it looks like a white Magnum icecream), please push it : 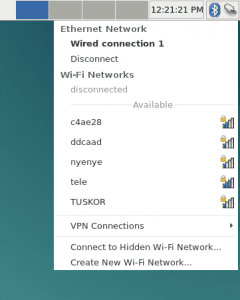 Select your network from the list of available Wi-Fi networks. An authentication window will pop up, asking for the password : 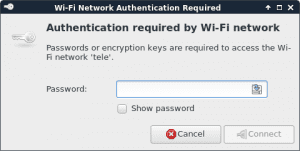 Type your password, and Wi-Fi is configured, that was all ! Simple, isn’t it ?

The Debian project is more conservative but more stable than Ubuntu, and Jessie (8.0) is the next release, and still in the testing phase. In these images gcc 4.9 compiler was installed. It has coloured output now : errors, warnings , messages, info have different colours in the console window. We installed some useful indicator applets on the XFCE desktop’s bottom panel, a network applet is showing download and upload speeds of the ethernet interface, and a CPU graph indicator showing the utilization of cores in percent :

As always, let us know how it goes when you try these images out.

Debian is a well proven O/S distribution and we’re happy to make it easier for you to use.

It has been a long time since our last post about Android Tools support on Windows. Since then...

We are pleased to announce a partnership with Mender and provide support for Mender on our Nitrogen8M and...

This website uses cookies to improve your experience while you navigate through the website. Out of these, the cookies that are categorized as necessary are stored on your browser as they are essential for the working of basic functionalities of the website. We also use third-party cookies that help us analyze and understand how you use this website. These cookies will be stored in your browser only with your consent. You also have the option to opt-out of these cookies. But opting out of some of these cookies may affect your browsing experience.
Necessary Always Enabled

Any cookies that may not be particularly necessary for the website to function and is used specifically to collect user personal data via analytics, ads, other embedded contents are termed as non-necessary cookies. It is mandatory to procure user consent prior to running these cookies on your website.