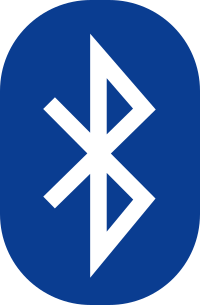 We’ve just uploaded a new Android Jellybean image containing Bluetooth support on Nitrogen6X. Thanks to the efforts of Marc Mulcahey at Levelstar, the TiWi-BLE module is now functional.

The image is only bootable on our Nitrogen6x, Nitrogen6x-SOM, or BD-SL-i.MX6 (SABRE Lite) boards, and at the moment, only the OV5642 parallel camera is supported (more on that in coming days).

The sources for this release are in the boundary-imx_jb4.3_1.0.0-ga branch of our Github repository (the main development branch), and the build steps are otherwise the same as in the second beta release.

You’ll need to run repo sync to pull them in, and because we moved the hardware/ti/wpan/ repository from AOSP to our private git server, you may need to start with a fresh repository. In the mean-time, we’d like to get some feedback from early adopters, and hope the image file will make this easy.

The trick to making this work properly on Nitrogen6X turned out to be getting the userspace bits (hardware/ti/wpan/bluedroid_wilink) in sync with the kernel driver (drivers/misc/ti-st for Shared Transport). Because the bluedroid_wilink is another case of driver-in-userspace, there’s some tight coupling between the two.

The updates consist primarily of a set of patches back-ported from the stable kernel tree (3.13) on kernel.org, and this commit from the OMAP kernel in the AOSP.

Also, as mentioned before, we also had to move the hardware/ti/wpan repository out of AOSP because of a silly restriction on TARGET_DEVICE == panda.

In addition to the big-ticket item of Bluetooth on Nitrogen6x, there are a handful of other tweaks to this image:

Since none of our off-the-shelf boards contain support for controlling the power input to the device, what we’ve implemented is a partial solution to the problem of graceful shut-down.

If you’ve ever used the Power-Down function in Android on our boards, you would have seen some power-down animation on the screen that halted after the shutdown was complete, but if you waited to actually pull power, you would also have seen the device re-start.

The reason for this is that the watchdog timer would eventually time out, and restart the system.

To get around this, we implemented a power_down routine to loop forever, keeping the watchdog alive.

This doesn’t conserve much power, but does give you the ability to shut the system down gracefully so that you can disconnect power at your leisure.

We are pleased to announce a partnership with Mender and provide support for Mender on our Nitrogen8M and...

One of the many advantages of developing with NXP's i.MX 8M Family of application processors is the ability...

This website uses cookies to improve your experience while you navigate through the website. Out of these, the cookies that are categorized as necessary are stored on your browser as they are essential for the working of basic functionalities of the website. We also use third-party cookies that help us analyze and understand how you use this website. These cookies will be stored in your browser only with your consent. You also have the option to opt-out of these cookies. But opting out of some of these cookies may affect your browsing experience.
Necessary Always Enabled

Any cookies that may not be particularly necessary for the website to function and is used specifically to collect user personal data via analytics, ads, other embedded contents are termed as non-necessary cookies. It is mandatory to procure user consent prior to running these cookies on your website.