At long last, we’re happy to announce that we have a pre-release image of Android 4.4.2 (KitKat) available for download.

It’s a pre-release because there are a few things left to do, and quite a few things we haven’t yet tested, but it’s far enough along that we’re ready for some feedback from you.

The image above contains support for both our Nitrogen6 Max and Nitrogen6x boards. Follow-up images will include support for Nitrogen6_Lite.

The sources for this release are in the boundary-kk4.4.2_1.0.0-ga branch of our Github repository (the main development branch), and the build steps are otherwise the same as in the second beta release.

The details of the Freescale release are available in this post on the i.MX Community site. They include a detailed feature set and CTS test results.

The primary change is the switch to the Android Open Source Project’s 4.4.2 code base though, and the primary emphasis for that are performance and stability. The new release is designed to be more responsive and consume less memory. And last, but not least, includes an updated Chrome-based browser. It scores a respectable 428 out of 555 on the HTML5 Test benchmark. The primary omissions are WebRTC and Data Channel support. 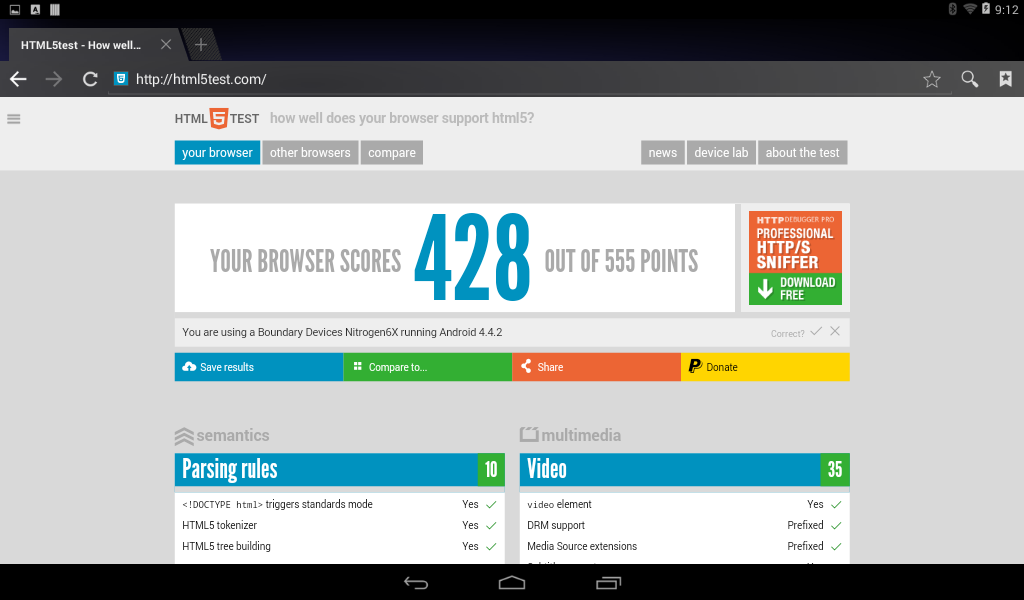 The primary reason that this is a pre-release is that there are a number of things we haven’t done yet. Among them are:

We have included all of the features of our latest Jellybean release in this image, including the can-utils package.

We’ve also included the Superuser package by Koushik Dutta from the CyanogenMod package, so you can selectively allow root access to applications and scripts.

In short: almost everything. At least on Nitrogen6x and Nitrogen6_Max boards.

WiFi and Bluetooth are both functional.

Both MIPI and parallel cameras are functional.

Testing time has been short though, and we’re hoping that you’ll help us identify any holes that we don’t yet know about.

What’s the fate of JB?

The Jellybean kernel will be around for quite a while, since we’re supporting a number of customers on that platform.

That said, we’ll likely encourage new customers to look first at Kitkat, and we’ll begin using Kitkat as the basis for new development quite soon.

Please let us know when you have a chance to try this image out.