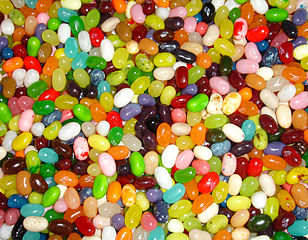 In our last post about Jellybean on our i.MX6 boards, we had a big, bold disclaimer that this was alpha code.

We’ve now spent the time to walk through many of the details and are happy to release updates and images that bring the full Android Jellybean experience without the big fat warnings.

This release is now every bit as functional as our Ice cream sandwich releases and ready for serious field testing.

Note that even though it’s slower, there are a handful of benefits to using the .img file:

In the intro, we said there were no disclaimers, but there are still some things on the To-Do List:

Installing from the tar-ball

To install from the tar-ball, you’ll need to extract the image, then run the mksdcard.sh script to partition and format either a SATA drive or an SD card.

The example above assumes that your SD card or SATA drive is connected to /dev/sdc. It’s also common for machines with built-in SD card readers to have them show up as /dev/mmcblk0 or /dev/sdd.

If you want to run from SATA, you can use our USB image, but the SATA drive won’t show up as a removable disk and you’ll need to add a parameter of --force to the command-line:

You’ll also want to be extra careful to make sure you have the right disk. Because mksdcard.sh will re-write the partition table of the device you point it at, this can and will trash your hard drive if not used properly.

Don’t say we didn’t tell you.

Installing from the .img file

This is probably the easiest way to install, but won’t use the entire SD card or SATA drive because SD cards vary in size and we’ve configured the image at 3.8 GiB.

Using a 4+GB SD card that appears as /dev/sdc, you can install the image like this:

The following shows the process from the command-line if your SD card appears as drive H:.

Note that you should use Windows Explorer to eject the card when complete, and that you may need the card to be formatted to allocate a drive letter.

Also note that usbitcmd must be run as Administrator, since it requires access to the entire drive.

As discussed in this post, you’ll need to register and forward an SSH public key in order to get access to some of the closed-source bits of the Android build tree.

If you already have a repo tree from us, you can simply sync and switch branches like so:

Here are some things you should be aware of when using this image:

For those interested in the details of what’s been changed from the Freescale release, and how we solved some of the issues encountered, the sections below will list each of the major hurdles and the details of the solution.

To describe this well, we need to start with a little background about the TiWi-BLE SDIO WiFi/BT modules we use on the Nitrogen6x. This highly integrated module is easy to integrate from a hardware standpoint, but we’ve struggled with one of the pins associated with WiFi.

The Wireless LAN Enable, or WL_EN pin is used to enable the internal Wi-Fi portion of the module, and in many O/S releases, we’ve simply asserted the signal at startup and left it alone.

There’s code in the driver to allow a platform (a board) to over-ride this, but it doesn’t function properly.

The stock Android WiFi manager not only brings the adapter up and down, it also loads and unloads the kernel module, which causes a segmentation fault or kernel panic if the platform override is used.

In the ICS release, we thought we’d dealt with this once and for all by hacking up hardware/libhardware_legacy/wifi/wifi.c to assert and de-assert the WL_EN pin at the appropriate times.

This didn’t work with Jellybean.

In our first port, the WiFi device got stuck in scenarios where the WL_EN pin was de-asserted but the driver was still trying to communicate with the chip.

While digging through the details of the various call chains, we stumbled on the origin of the problem. The SDHCI spec seems to define a power control mechanism that’s called at precisely the right points.
Unfortunately, the i.MX6 Secure Digital Host Controller doesn’t support it. Instead, we need to toggle a GPIO pin at those points.

So that’s what we did in this release. We implemented a platform-specific callback at the SD-card layer, and defined one for the Nitrogen6X.

Once that was done, things just worked, and we also found that the calibrator utility worked (an issue that’s been around a long time).

The web browser performance of both ICS and JB on our boards has been pitiful until this release.

App not responding or ANR messages could be expected, even when loading pages without a lot of dynamic content and the reason(s) weren’t clear.

Once we dug into it though, a partial answer became immediately apparent: the problem stemmed from I/O. Specifically, SD card I/O.

We had several customers report that using a Class 10 SD card improved the situation, but our testing showed only moderate improvements.

In this release, we’re mounting all of /data/data/com.android.browser/ as a 32MiB RAM disk, and things are very fast.

Note that this does have a down-side. Re-visiting a page after a system restart will be slower. The system will also prompt you about sharing your location and such-like on every boot. For our immediate purposes, this is a reasonable trade-off.

The Linux kernel for i.MX6 has had functional SATA since the beginning of i.MX6-time, but we hadn’t booted an Android image over SATA until this release.

Under ICS, there were a bunch of hard-coded mount statements in init.rc, and under JB, the file fstab.boundary contained hard-coded references to the boot device.

On both platforms, the file /system/etc/vold.fstab contained references to which device should be used for storage of media content.

In this release of Jelly Bean, we’ve changed the fstab.boundary file to have symbolic boot device ($BD) references and added support for this to the mount_all command.

Note that this doesn’t complete the job of adding SATA support. If you’re booting SATA, you’ll also need to edit /system/etc/vold.fstab. More specifically, you’ll need to comment out this line:

Refer to the comments in the vold.fstab file on Github to get a better understanding.

As briefly described our quick MIPI post, there are some resource conflicts that prevent us from supporting both our parallel OV5642 camera and OV5640 MIPI camera modules at the same time (with the same kernel). Until we have a more elegant solution, we’ve added support for the MIPI camera module through a kernel defconfig.

In this release of Android, we’ve extended this support to the build process through a compile command-line variable DEFCONF. By assigning this variable at build time (when invoking make or m, you can build your kernel with the MIPI configuration.
In other words, if you do this:

Your kernel will be built with MIPI support instead of the parallel camera.

The rest of Android is built to allow both cameras simultaneously, but we won’t be able to do that without a hardware spin and/or some additional kernel work.

init was crashing at startup

This was a weird one, and seems to have been around a while.

We were ready to ship a pre-release to a customer and found that an SD card that worked on one board didn’t work when prepping for shipment.

After a bunch of swapping around parts, we found that it was actually a mouse used in our lab.

Digging through the details of the crash, we found a buffer overrun in the file hardware/imx/libsensors/SensorBase.cpp that was crashing while looking for an accelerometer by screen-scraping /proc/bus/input/devices.

We fixed that bug, and also realized that we didn’t need that component anyway.

In our first release of Jelly Bean, we completely skipped a set of changes we made to the touch screen calibrator program.

In the ICS releases and in Froyo and Gingerbread before then, we added support for passing a touch screen device name to the Android startup program and executed it during boot.

We didn’t realize that this involved a change by Freescale that added support for the exec command.

A simple cherry-pick of these patches didn’t do the trick, so we bailed out a little bit.

To run the calibration program by hand, you can do this from an Android shell:

The output string is the set of calibration constants.

You can have this take effect immediately for testing by handing it to the driver like this:

The resulting string can be saved in U-Boot like this:

While not as convenient as the automatic startup, this process works pretty well.