We are glad to deliver the latest Android 10 1.0.0 release for all our i.MX8M-based Nitrogen platforms: 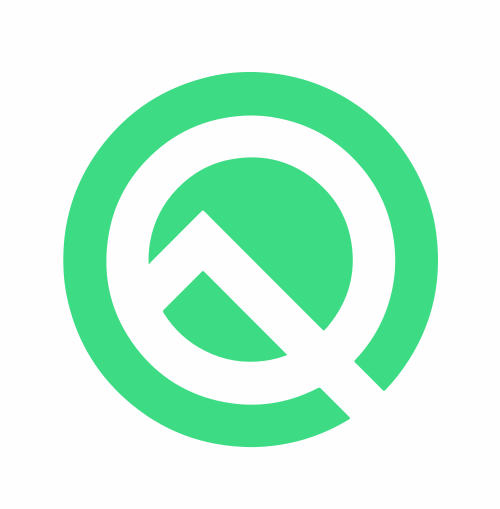 The .zip archives include all the files to be flashed using fastboot.

Note that fastboot will only flash to your eMMC device, for SD card, please check next section.

First you need to enter fastboot mode from U-Boot prompt:

Since our i.MX8 platforms might come with different eMMC sizes, you can select which size you want to use at flashing time.

If you don’t provide that argument, the “default” size of 8GB will be flashed.

But if you have a recent board, it will most likely include 16GB of eMMC, here is the command to use its full size:

If you cannot use the fastboot tool, you can still flash the 16GB prebuilt image file for your platform (.img.gz).

For Linux users you can simply use the following command:

For Windows and Linux users who would rather use a UI, we recommend using Balena Etcher tool:

NB: the first boot from SD card can be quite long as it creates and formats missing userdata partition. Please be patient, all subsequent boots will be faster.

Once the OS is flashed, make sure to update U-Boot:

Reason for that update is explained later in that article.

Google provides a list of notable changes for developers: 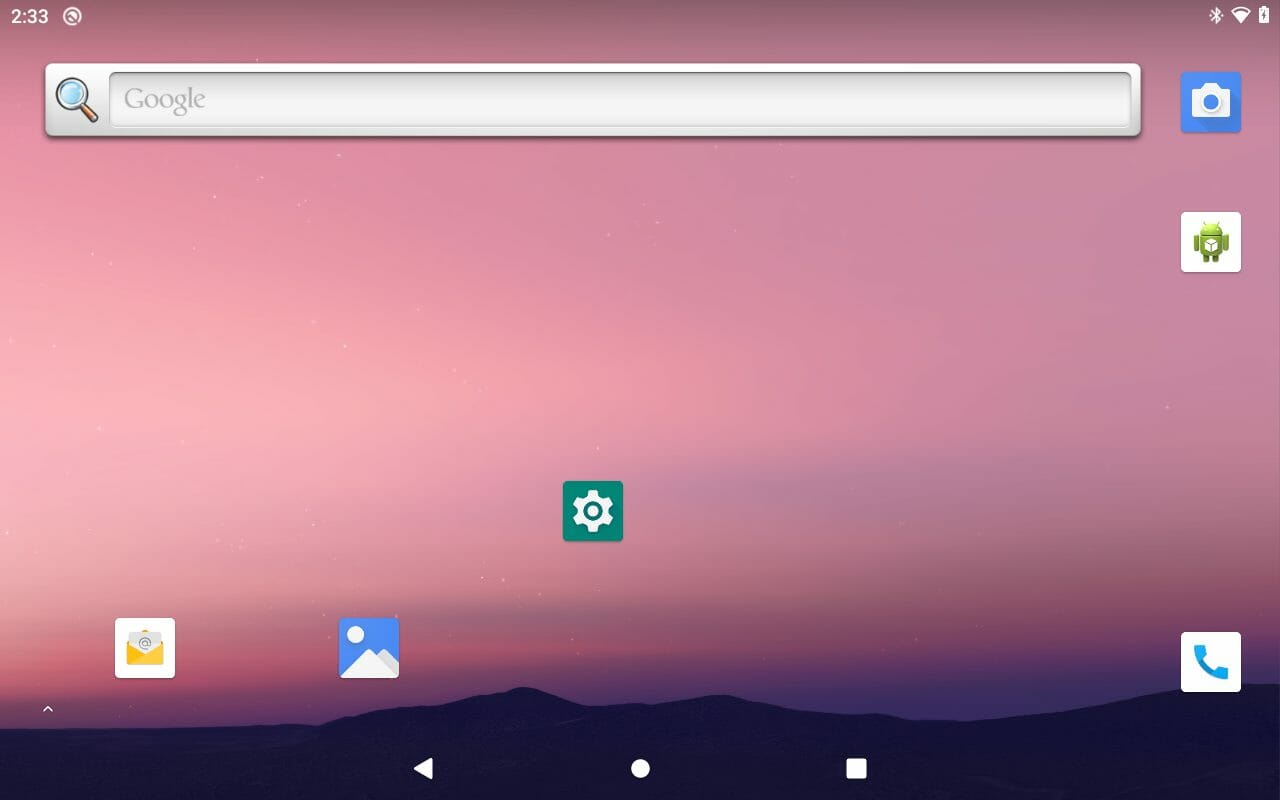 Although we used to provide eng(ineering) builds as our prebuilt images, Android enables too many security features by default that deprecated such approach.

For that reason, all our prebuilt images are now userdebug images, and we strongly recommend our customers to only ship with user variants to avoid security issues.

As usual, this release comes with SELinux enabled and enforced.

If you are using the userdebug build, you can still switch to permissive mode by setting 1 variable in U-Boot:

Note that this feature only works on userdebug builds, user builds are enforced at all time.

Considering the size of our eMMC storage (8GB for most devices, 16GB for some) we decided to focus on non-A/B partitioning.

This approach allows to save some space and keep the most space for your applications.

However, considering that we now support all the security features, we can easily switch to A/B scheme, let us know if you have any interest in it.

Another notable change in this release is with the use of the Bootloader Control Block (BCB).

In previous releases, the bootloader was reading one SNVS register (non-volatile) to either execute fastboot or even go to recovery partition.

We are now using the misc partition to receive messages from the OS. This approach is mandatory for A/B partitioning.

That is a big deal as it makes the release more secure while getting our build process closer to standard AOSP.

What does that mean? It basically means that the integrity of the critical partitions is checked at boot up to make sure nobody tampered with them.

Where is that integrity checked? There are two steps actually:

So I can’t make any modification now? No, there’s a way to disable verity:

It goes without saying that this disablement isn’t possible on user builds.

Do we need a special U-Boot for this? No, not really. You need an up-to-date U-Boot version (at least as new as this blog post) in order to make sure all the Android features are enabled.

That is why the first section of the article asks for U-Boot update after flashing the release.

But the U-Boot version being used is still compatible with our Linux images.

Main reason for this compatibility is that, unlike the NXP version, we only rely the upstream U-Boot/Android features, allowing us to be more flexible and future-proof.

That last part about U-Boot being the same as for the Linux release might bring some questions on how it works.

How can we be compatible with our Linux images that load a boot.scr script from the first partition and yet use the regular Android bootimage?

Well that’s where we cheat a little, we created a new preboot partition that only includes:

That approach gives us flexibility and it can easily be removed for a custom design, then the boot.scr content would become the default U-Boot environment.

This release also makes use of a new aspect of Android: the dtbo image.

It should include overlays of a default device tree blob included in the boot image. However since dtb overlays are not supported by the kernel, NXP is using populating the dtbo image with a regular dtb file.

In our case, we kept that approach but added the support for multiple dtb files inside the same dtbo image.

That allows us to have one OS images (like above) that targets several hardware variants (like SBC and SOM) at once.

Are we in Treble?

This means that the OS is fully compliant with Android requirements, allowing for easier OS updates.

This Android release is based on a 4.19.x kernel. It therefore benefits from all our latest drivers/fixes as well as newest Vivante graphics libraries (v6.4.0.p2). 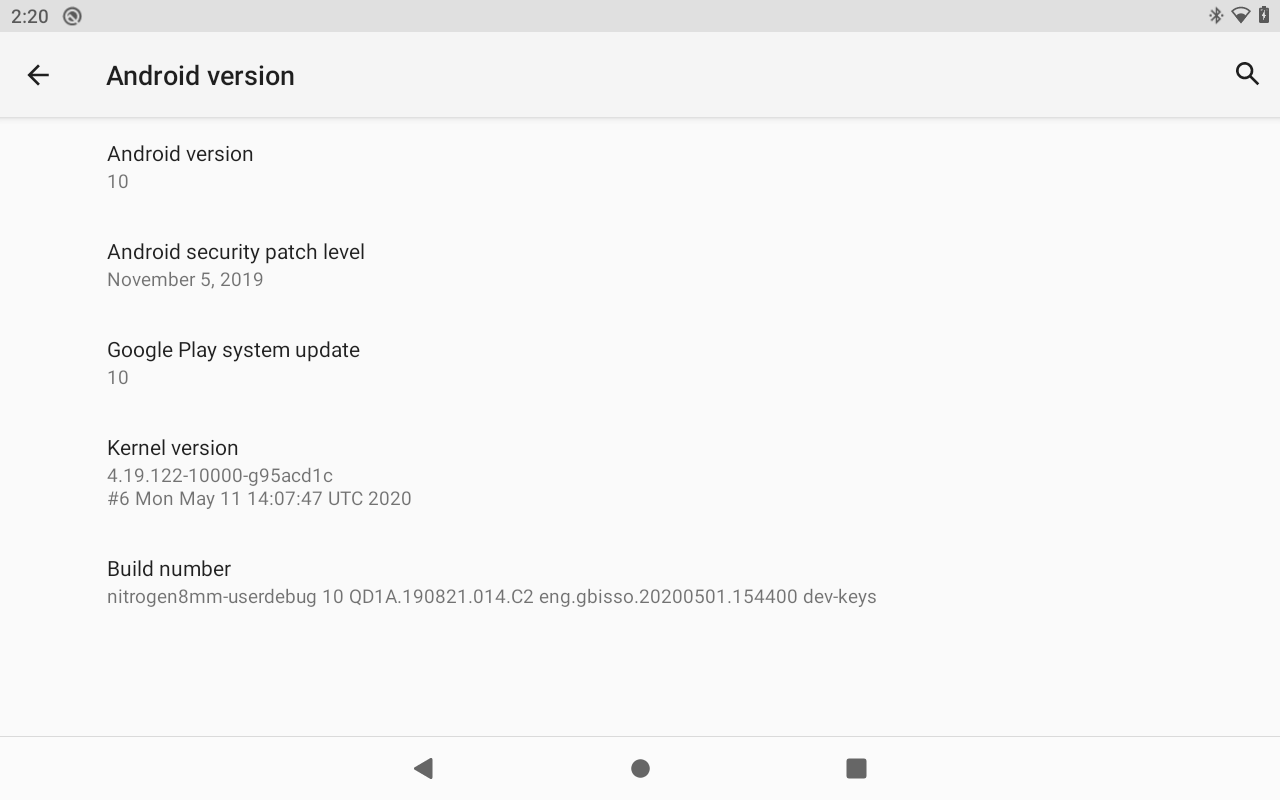 Since AOSP requirement is still to use Ubuntu Xenial (16.04) to build the OS, many might find it useful to use Docker, we provide a dockerfile if needed:

For those already familiar with our releases, here is a condensed version to get the Android 10 source code:

As you can see, we use a special make script instead of the regular make command.

The reason is that in order to have as few AOSP changes as possible, NXP created a separate script in order to kernel the build dependencies that are the kernel, dtbo, u-boot images.

One could also use the following approach to only build the dependencies with that script and then use standard Android build:

There’s also one variable (TEMPORARY_DISABLE_PATH_RESTRICTIONS) that needs to be set as Android build now forbids the use of mke2fs which is required for our preboot partition. We suggest setting this inside your .bashrc or .profile user file.